All Prices are in USD 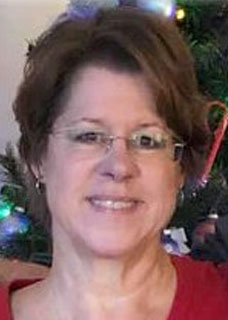 1. Where are you from and where do you live now?

I am originally from Venice, FL and have just returned to my hometown after nearly 30 years.

As a child, I shared an extensive domestic & international doll collection with my sister. We had relatives that traveled the world with the American Red Cross and with the Navy. They kept us supplied with interesting dolls from around the world. This collection was sadly destroyed due to water damage years ago from a hurricane. When I had a daughter in 1981, I was surprised at the realism of some of the baby dolls then. I remember her having one called Sleepy Real Baby, and believe it or not, I have one of those in a box, waiting to reborn for her as a surprise one of these days.

Shortly after I began reborning. I was on a number of Yahoo groups and online forums concerning reborning and dolls, and met several sculptors (Tina Kewy, Donna Rubert, Ans Werker). I just “knew in my heart” I could do this, so I ordered Ans’ book “Little Babies of Clay” bought a couple lbs of Sculpey clay, some tools, and began. Back then, you could just chat with these ladies any time, and they were very helpful.

4. How did you first encounter reborn dolls?

Selling a lot of my deceased mother’s collectibles on eBay. I scrolled across my first reborn auction and thought they were actually selling real babies. So, fascinated, I read the description, read a bunch more “Nursery” auctions and decided that day to try my hand. Never looked back. Ironically, I have in my possession at the time of this writing, several of my earliest reborn dolls purchased by a close friend. She is looking to resell several of them. It’s been fun examining early work and seeing how well they have stood the test of time. One is probably the third or 4th I ever made, a Berenguer with a wig!

5. Have you sculpted dolls from the time you started sculpting, or did you start off with something else?

6. How long have you been sculpting?

7. What medium do you use to sculpt your babies with?

8. What inspires & motivates you to sculpt?

At first it was seeing what amazing work other sculptors did. I had so much fun belonging to the early sculpting groups with ladies like Marita Winters, Natalie Scholl, Petra Lechner, Bonnie Brown and Sherry Rawn among others. Now, it’s usually seeing a darling photograph of a real baby, but once in a while I see a new sculpt by some of the more amazing artists and it gets me inspired to try again.

9. Do you sculpt full time & do you have other hobbies?

I’m on hiatus right now. I’ve developed some health problems, plus relocating from Ohio to Fla. – all of which have interrupted too much. I do plan to get back into the clay this year, but we have one more move ahead of us, and I really need a dedicated space to work which I do not have at this time. I have no other hobbies – nothing else has ever given me such a range of creative expression.

10. Do you only sculpt for kit production or do you do custom ~ portrait orders too?

I used to do portrait sculpts, but not for many years now. I’ve sculpted for production only in the past several years.

11. When did your first kit come out and what was the baby's name?

My very first was for Secrist, and it was named “Squeaky”. I’m not sure, but it was likely mid to late 2005. My first self produced kit was named after my second granddaughter, Lexie – modeled after a photo of her the first day home from the hospital in the spring of 2008. Sherry Rawn convinced me at that point to move away from sculpting for the Secrist Doll Company and try producing one on my own. The “Baby Lexie” kit was the LE production name.

12. How many kits have you produced to date?

I think about 18, (12 myself, 4-5 for Secrist, 1 for Irresistibles (Rosie), and one for Simply Reborn Kits UK (Xavier) but there may be one or two more that I don’t recall.

13. Do you have a list of names of all of your kits you have produced as we would love to have an archive directory for your sculpts?

14. Which baby of yours has been your all time favorite and why?

“Kendall”, just love the face and a lot of people tell me Kendall is their favorite.

15. Do you plan to continue sculpting babies for kits?

16. How do you feel about the reborn doll industry? What excites you and what upsets you?

Excited about the level of talent I see in those who take the art form seriously. I really enjoy hearing from artists who know me and my past teaching and are appreciative of that. I feel like a proud grandmother sometimes Winking smile It’s exciting to see the amazing quality of kits that’s being produced these days. There are a lot of choices! What upsets me is the poor quality, cheap work that we are all aware of. That drags down the art form we love so much. I also am disturbed by the infighting and greed that has overtaken our segment of the doll world on social media. The other deep concern I have as a sculptor is the proliferation of stolen, remolded and knock off kits coming from Brazil and China right now. I don’t believe there is really an effective way without spending many thousands of dollars and untold hours to defend our copyrights on original work. The thieves know this, and they act with impunity. I belong to a small private group that is trying to find solutions behind the scenes to this issue.

17. How do you feel about the progression of the art of reborning over the past 10 years?

I can say that 10 yrs ago, I told people what I did and they just stared at me, like “Whaaaa???...” “Reborn what?” Now nearly everyone I encounter knows what a reborn baby is, and I’ve even met collectors or people related to, or who know other reborn collectors. I like that. I believe it’s here to stay. The evolution has been fun to watch.

18. Do you think that this industry has a long term future or do you think its just a fad that will blow over?

I think it’s here to stay, but we will surely see people get more creative with fairies, aliens, primates, animals and so forth. It’s possible, in the vein of Bountiful Baby’s RealBorns ©, that we will see other technology used to mold more lifelike kits. As a sculptor, that doesn’t thrill me, but I see the demand is there for them.

19.What are your plans and hopes for the future?

My supplies business is making a bit of a comeback, finally, after several very dry years. I don’t think I’ll be creating many reborn babies in the future as I’ve developed a slight tremor in my hands that is making it difficult to paint details. But it isn’t affecting my clay work so I may concentrate on honing my skills there. I may also produce more OOAKS in the future, since the cost of producing vinyl kits is not only rising so much, but there is a glut on the market now of vinyl kits. I’m 63 now, and have a half-eye on retiring one of these days Winking smile

20. Do you have something new in the works?

Not much, but I‘d like to write a book on the history of reborning. It will be a pretty big undertaking to do so and I will need to consult with a number of people in the industry. 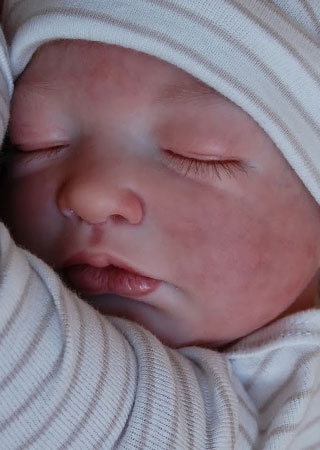 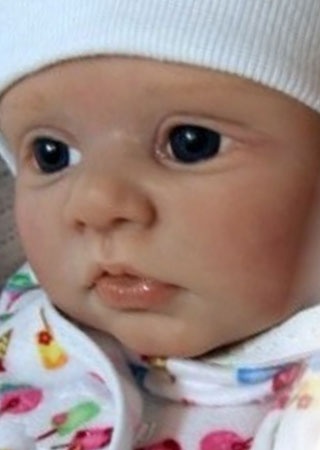 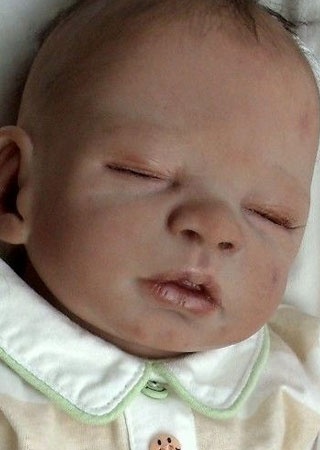 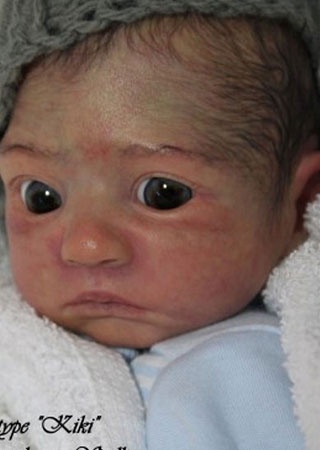 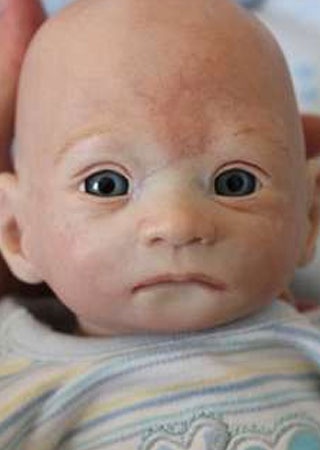 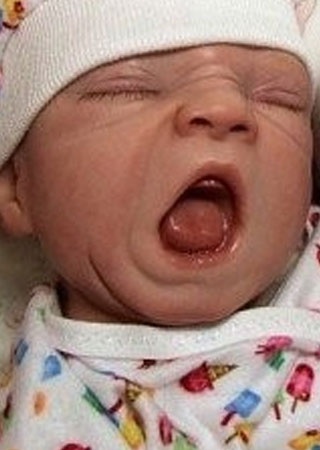 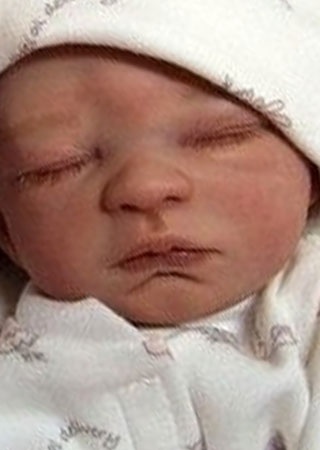 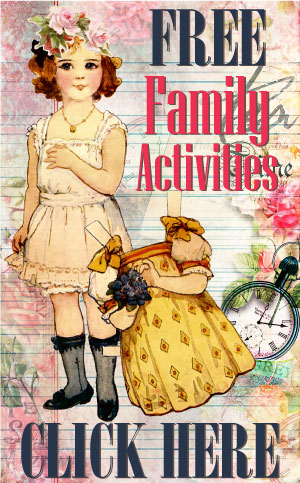 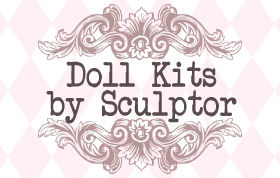 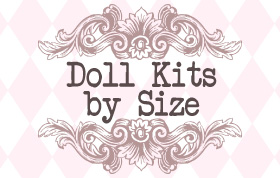